35th Anniversary appeal to raise enough funds by the end of 2019
to fund 7 school projects in the first quarter of 2020.
Building Bridges for Peace through schools – an appeal 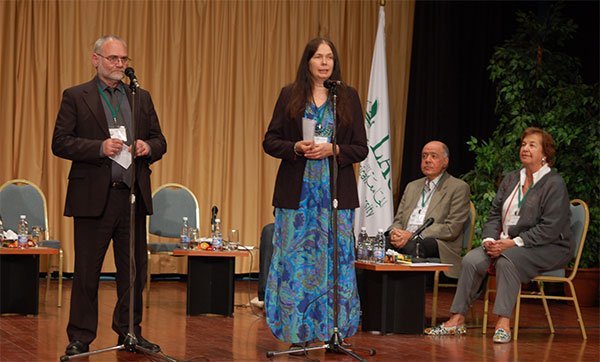 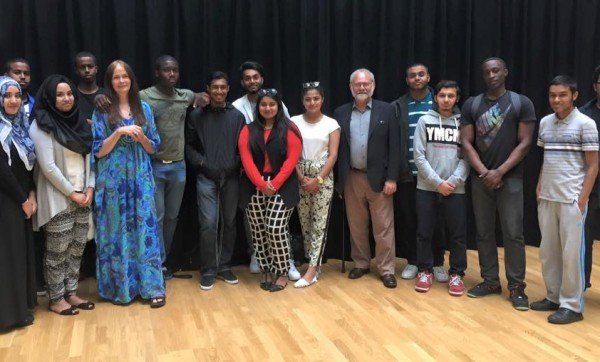 Promoting peace and conflict resolution throughout the world

On October 12th 1984, the IRA (Irish Republican Army) exploded a bomb in the Grand Hotel, Brighton, during the Conservative Party Conference killing 5 people and injuring many more. Amongst those killed was Sir Anthony Berry MP.

The family of Sir Anthony Berry were devastated, but for his daughter Jo, it also started a life-long mission for peace.

“I was 27 when my father was killed, and within two days of that it was important for me to find something positive out of it, to bring some meaning and to even understand those who killed him.”
Jo Berry

16 years later, Patrick Magee – the man who planted the bomb – was released from prison and Jo arranged to meet him. As they listened to each other’s story, they came to realise that this was the beginning of a journey of peace and reconciliation to which they were inextricably bound.

The charity Building Bridges for Peace was launched in Brighton in October 2009 – on the 25th anniversary of the bombing.


Building Bridges for Peace works to enable divided communities and the general public to explore and better understand the roots of war, terrorism and violence. We promote dialogue and mediation as the means to peace.

Jo Berry and Pat Magee have given talks in Palestine, Lebanon, Rwanda and throughout the UK.

To be a subject of a grievous wrong is always wounding and painful and can frequently provoke anger.

However, anger, if allowed to fester is like a cancer of the soul. It does more harm to those who hold it than against those whom it is held.

Jo Berry knows from personal experience what it is to have to face deep suffering as her father was blown up in a IRA bomb. She has let go of personal need for revenge and empathised with Patrick Magee, the man responsible for planting the bomb.

To hear her speak alongside the one who killed her father is a living demonstration of the transforming power of reconciliation when two people who have been on different sides truly listen and can see each other’s humanity, an example this sad world so desperately need.
Terry Waite CBE – humanitarian and former hostage

We hope that you will feel inspired by your visit here.