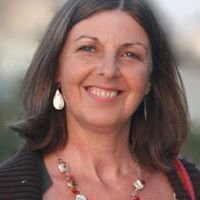 A Professional Artist who trained and worked as a dancer and choreographer in theatre and television, Amanda Brown worked in education for 7 years specialising in communication skills, mediation and conflict resolution. Now, an experienced Playback Theatre trainer and practitioner, offering training in the UK and abroad. She is Co-director of Playback Theatre South West working with service users, carers and professionals in the NHS Mental Health Services, Adult Social Care and with young people in Educational settings. She has become an ambassador for all the people who have told their difficult life stories in Playback Theatre.

She is passionate about the power of personal stories to heal conflict in this troubled world. Jo and Pat’s story along with their unique relationship has an undeniable authenticity that affects people who bear witness to their journey. Amanda envisages Building Bridges for Peace creating opportunities for people who are suffering from living with conflict and trauma to hear Jo and Pat’s story and find hope, and for people who are working towards peaceful resolution to be able to find inspiration and support in making changes that can take them out of adversity.

Amanda enjoys living in Totnes with good neighbours who share good times together and who help when times are bad. She still loves to dance freely whenever she can and to laugh with old friends. She is proud that many young people remember her from their school days and most of all she is thankful to be a mother of two grown children. 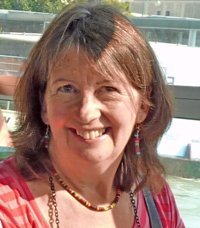 Erica has had a thirty five year career in leadership, operational management and consultancy roles in voluntary organisations and social enterprises, hence brings extensive experience of governance and fundraising in the not-for-profit sector. Erica is passionate about enabling people, whatever their circumstances, to realise their potential and make a positive difference in the world. What particularly inspires Erica about Building Bridges for Peace is enabling people who have been directly personally affected by conflicts to reach out to one another and transform them from the bottom up. Currently Erica is a Director of the Land Society, supporting rural communities to self build affordable homes and she also delivers coaching and training. Claire’s journey of Peace and Reconciliation began in an attachment parenting organisation when she became a parent and wanted to end the cycle of violence against children. It was during her involvement with this group that she met Jo Berry and became inspired listening to her sharing her story. She believes it an honour to witness Jo and Pat’s incredible journey and feels it has been a privilege working with Jo over the years.

Claire attended the Let’s Involve the Victims’ Experience programme at the Glencree Centre for Peace and Reconciliation, which was for anyone affected by the Northern Ireland ‘Troubles’ to tell their stories and engage in Peacebuilding activities. She has attended several conferences involving dialogue with ex-combatants and has completed Mediation and Conflict Resolution courses as well as a Diploma in Irish Studies. She is a member of WAVE Trauma (a family support centre for those affected by the Troubles) and is involved in several cross border programmes between Northern Ireland and the Republic. She remains active in Peaceful Parenting and still believes that childhood is a good place to start in creating a peaceful, loving, tolerant and creative society.